Find out a little bit more about the buildings you saw in the Hard Quiz (click an image to see it full size) ......

Question 1:  This gate can be found in Berwick’s Elizabethan Walls, but where exactly would you find it?

This gate leads through the walls into Brass Bastion which defends the north-east corner of the town in the Elizabethan Ramparts. Question 2:  On which Berwick street would you find this little Penguin painted on a wall?

This cheeky chap can be found on Bridge Street between Cook & Live & Dream and Crumbs.

Question 3:  Where would you find this interesting looking wall?

This wall is the rear of the former Blackburn and Price garage that spanned between Oil Mill Lane and Silver Street. There are large brick and stone buildings throughout the site. During the 1950s some of these buildings were rebuilt but masonry was reused from the Border Brewery which previously occupied the site.

Question 4: Where would you find these interesting solid doors?

These doors can be found on Main Street Spittal, opposite the Albion Inn. If you look close enough the words ‘Berwick Salmon Fisheries Co Ltd’ are still visible on the letterbox.

Question 5:  This picture was taken inside a very popular Berwick Heritage Open Days location that is only open for one weekend a year, but where is it?

The New Tower can be found down a lane behind the Main Guard and is a 14th century tower embedded in a 17th century wall.

Question 6:  Lots of buildings in Berwick bare inscriptions but where would you find this one which reads ‘Parochial Buildings A. 1913 D.’

This building on Chapel Street was officially opened in 1914 by the Parish Church because they needed a building for their organisation to meet. Discussions started about its construction as early as 1913 and money was raised through bazaars. It was used as a hospital during the First World War but has since been converted into housing.

Question 7:  Where would you find this interesting pattern?

Answer:  Beneath the New Bridge

This pattern can be found on the underside of the New Bridge. It is thought that the horizontal lines are a result of the planks of wood which made moulds for the concrete to be poured into. The bridge was the longest ferreo concrete in the country when it was built.

Question 8:  Next to which war memorial would you find this memorial inscribed ‘There but not there’?

Tweedmouth War Memorial stands at the end of the Old Bridge. It covers the First and Second World Wars as well as the Falklands War and contains approximately 120 names. It is the only war memorial in the area to commemorate a woman – Ellen Ainslie, a local girl who worked at the Gretna Green Munitions Factory.

Question 9:  Where in Berwick would you find this plaque?

The New Bridge, or the Royal Tweed Bridge, was opened on 16th May 1928 by Edward Prince of Wales.

Question 10:  Sadly Berwick is no stranger to empty shops, the inside of which empty shop is pictured?

Previously known as Victoria Building this shop was bought by the Cowe family in the early 20th century but leased until the 1960s when they opened their wholesale business in addition to their shop next door. The Cowes used their own recipe to make ‘The Original, Genuine Berwick Cockle’ and marketed them in red and white tins. Cockle-making ended in 2004 and the shop has currently been empty for over 10 years. 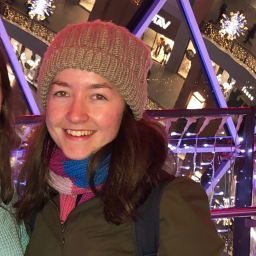